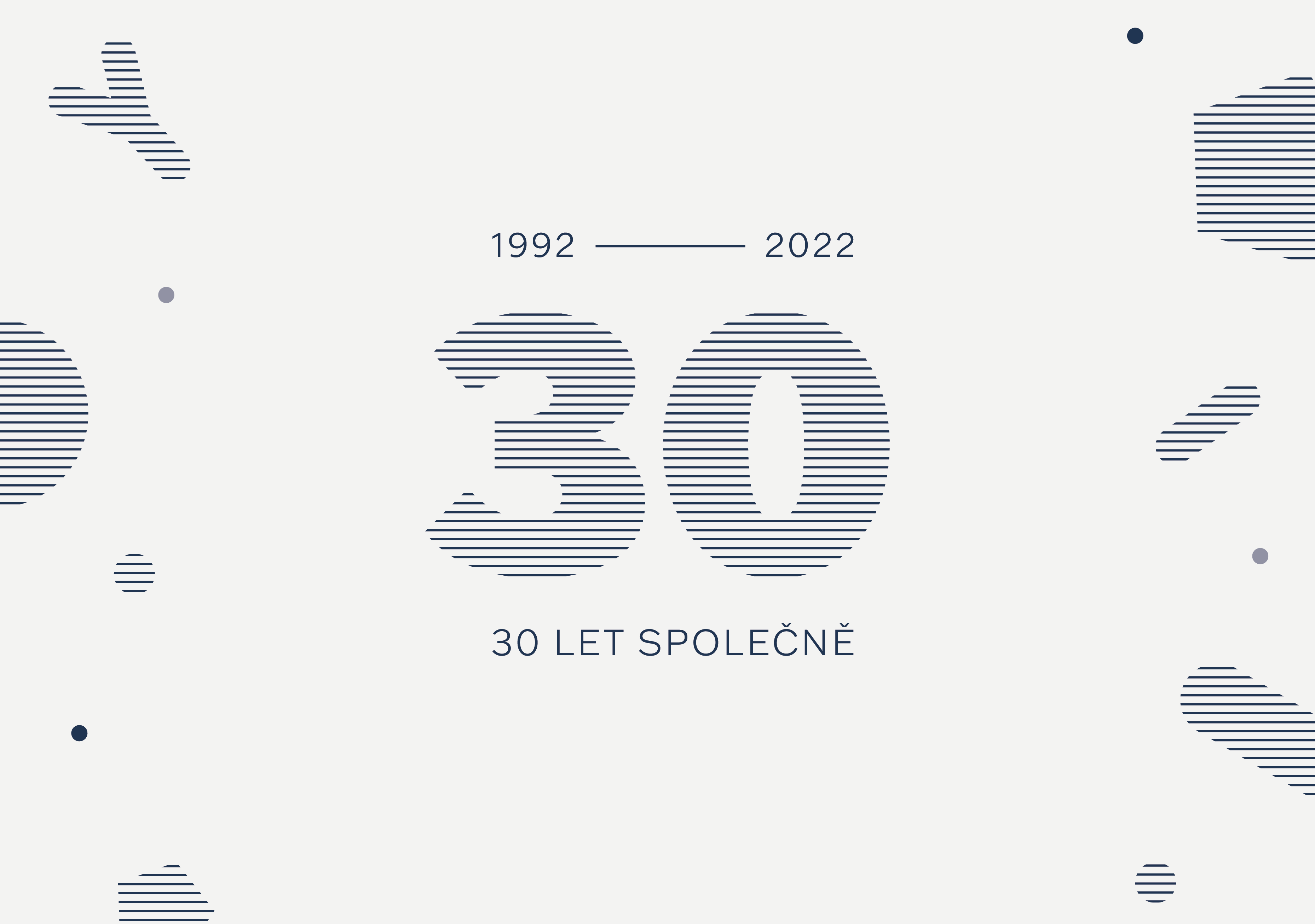 From a family company to a multinational diagnostic group. BioVendor Group is celebrating its 30th anniversary. Instead of recapitulating the past, the celebrations will focus on introducing significant innovations and a vision for the diagnostics of the future.

The year 2022 will be in the name of the anniversary of our company, which is one of the world’s leading players in the field of in vitro diagnostics. The entry into the fourth decade will be accompanied by the introduction of several fundamental innovations that define the future of the company and the entire laboratory diagnostics industry.

“Anniversary celebrations tempt you to look back, which in the case of BioVendor Group is particularly exciting, full of unexpected twists and fascinating discoveries. However, we want to focus on the future more than the past, because that matters first and foremost.Such a concept of celebrations is the legacy of the company’s founder Viktor Růžička, whose visionary approach is still an inspiration for us,” explains the planned celebrations Michal Kostka, CEO of BioVendor Group.

The most visible innovation is the newly established company BioVendor MDx, which covers the activities of our group in the field of molecular diagnostics.

“We strive for a faster onset of modern personalized diagnostics. Our mission is to bring innovative solutions for molecular diagnostics, human approach and scientific know-how to the market. In close cooperation with other BioVendor Group teams, we are looking for ways to implement revolutionary technologies into routine laboratory practice,” says Eva Pindurová, director of BioVendor MDx, who has been involved in the development of molecular diagnostics for a long time.

The general public will be particularly interested in the sequencing service, which will offer an analysis of the intestinal microbiome or new NGS panels to determine the genetic preconditions for food intolerance or vitamin and mineral deficiencies. The new revolutionary NGS fastGEN method will also enable the analysis of genetic predispositions affecting sports performance. With these novelties, the BioVendor Group enters the field of lifestyle and sports genetics.

The second generation of LAMP-based tests for SARS-CoV-2 area testing is also very important at the moment. We are preparing a major expansion of the portfolio of parameters for the CLIA method, the automated solution which we introduced last year. 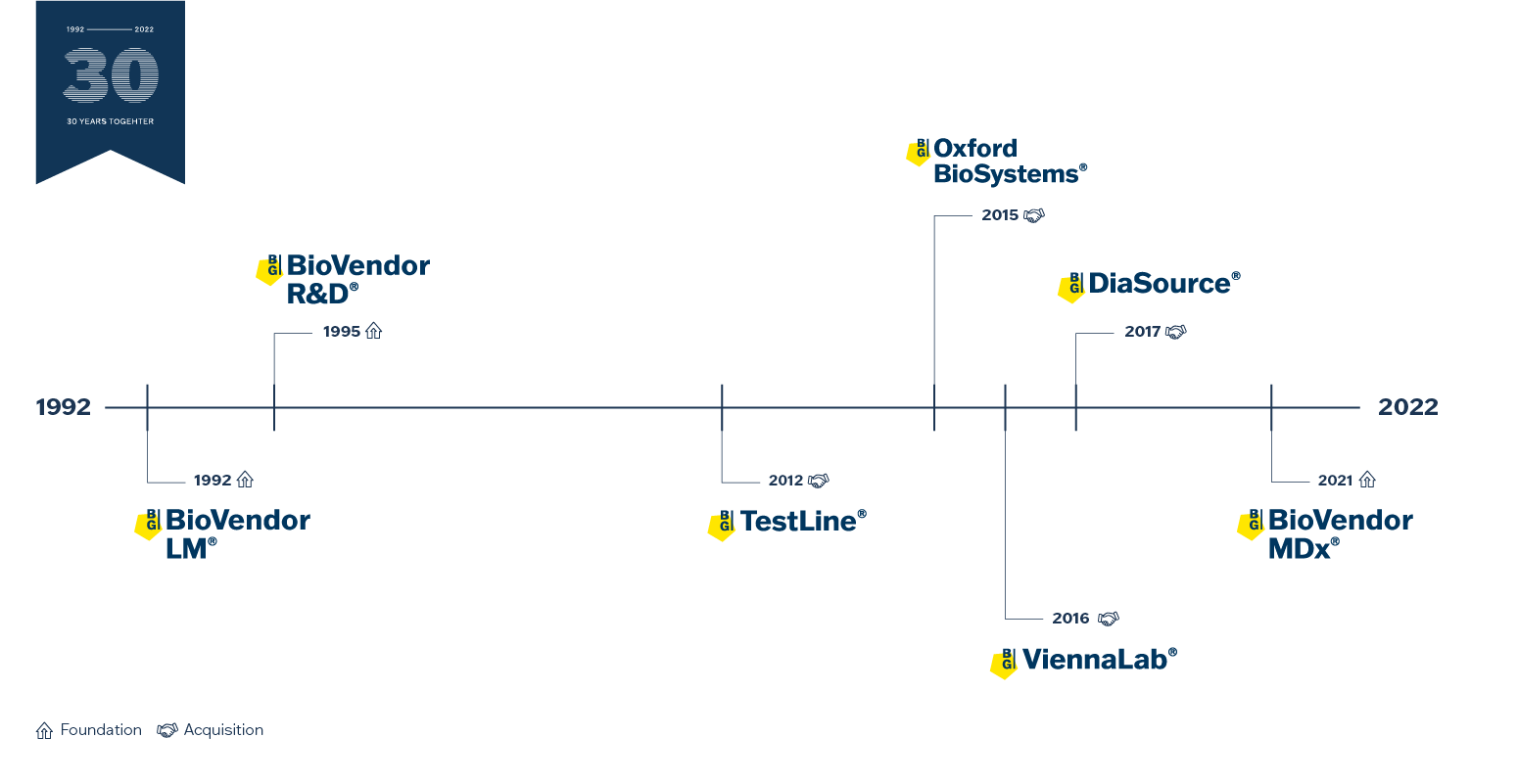 We also think of young scientists, for whom we are opening the BioVendor Academy. These are long-term internships, during which students become part of our development teams and receive support and professional guidance for their own academic work.

BioVendor - Laboratorní medicína, the first of BioVendor Group companies, was founded in 1992 by Czech physician Viktor Růžička. Originally, the distribution company was located in the basement of a family villa, but soon grew into a full-fledged company with dozens of employees.

Viktor Růžička’s vision was to bring innovative products to the market, which move the whole field forward and bring fundamental benefits for patients. Only a few years after the founding of the company, he therefore began to develop his own diagnostic kits, which quickly gained their place on the market due to their quality and reliability – in 1995, he laid the cornerstone of today’s BioVendor R&D.

BioVendor has expanded over time and includes other companies and divisions from the Czech Republic and abroad. Rapid growth has resulted in the creation of BioVendor Group, which has covered individual companies and is now one of the leading players in the in vitro diagnostic market with hundreds of employees and a global presence. The company is currently part of the investment portfolio of the family office Consillium owned by Czech businessman Tomáš Němec. This strategic partnership has strengthened the company’s innovation and development potential and accelerated the launch of other innovative products on the global diagnostic market.

“In 30 years, the company and the world in which it operates have changed. But our original visions and values have remained unchanged. Fascination with discovery, interest in people, pride in the field and the region in which we operate – these are all sincerely shared values, thanks to which we succeed in fulfilling the long-term vision of more reliable, effective and accessible diagnostics for patients around the world. A significant current trend is the onset of personalized diagnostics, on which we focus our development activities. But we are also working on a number of projects that will capture the trends of the future,” concludes Michal Kostka.