MicroRNAs (miRNAs) are new and promising potential biomarkers for diagnosis and prognosis of many diseases, which opens up a new field of goals and challenges for the BioVendor R&D team. Development of miRNA diagnostic assays is just the first step; our mission is to provide validated kits to measure individual miRNAs or diagnostically relevant miRNA “groups” supported with tools for standardized miRNA isolation, sample collection, and pretreatment. 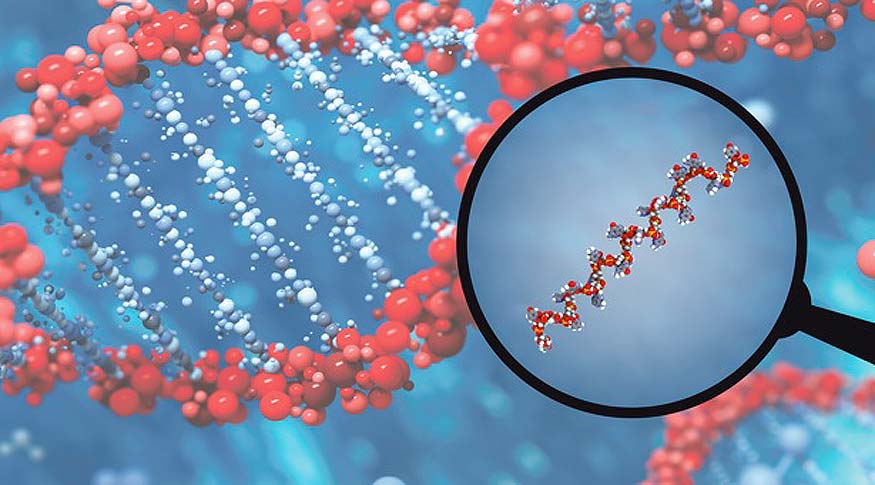 MicroRNAs (miRNAs) are small, non-coding RNA molecules typically containing ~22 nucleotides found in human, animals, plants and some viruses which are playing an important regulatory role in the gene translation via silencing or degradation of target mRNAs. During the RNA silencing, miRNA functions as a complementary guide which binds with its target mRNAs, followed by action of AGO proteins family which works as effectors by recruiting factors that induce translational repression, mRNA deadenylation and mRNA decay. (Minju Ha, Nature Reviews, 2014)

MicroRNAs (miRNAs) are involved in virtually all physiologic processes, including differentiation and proliferation, metabolism, hemostasis, apoptosis or inflammation. The biogenesis and function of miRNAs are tightly regulated, and their dysregulation is often associated with pathology of many diseases such as cancer, heart disease or neurological disorders. Recently, the miRNA has been proposed as powerful biomarker for prediction of the diseases, treatment response or prediction of progression. 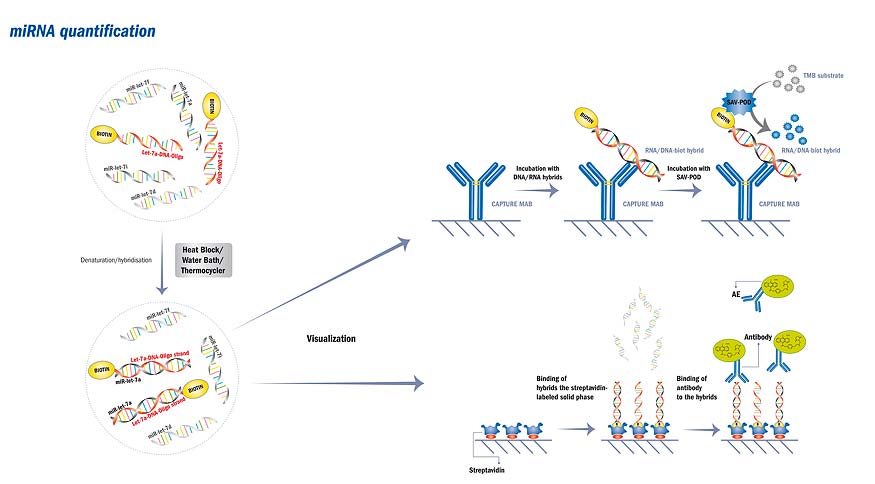 The DNA/RNA hybrids are then processed in the manner of ELISA in a microtiter plate coated with a monoclonal antibody specific to perfectly matched DNA/miRNA hybrids.

After washing, the solid phase is incubated with streptavidin-HRP conjugate and the resulting complexes are visualized (after another washing step) by a chromogenic substrate.

miREIA can be run on common immunoassay analyzers, is compatible with standard clinical workflow, does not require amplification steps and results are obtained in less than three hours including miRNA profiling. 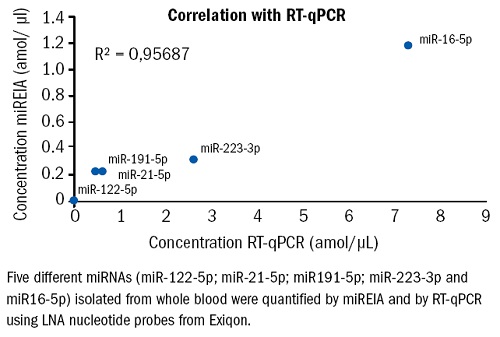 Do you want to know more?

Are you interested in receiving email about the news and events?