Do probiotics really work the way we think?

Probiotics are live micro-organisms and are often called "good" or "helpful" bacteria because they help keep your gut healthy.

The general public are interested in probiotics to restore their gut ecosystem after a dose of antibiotics or to boost their microbiome.

But the question is whether they really work. Probiotic impact on post-antibiotic reconstitution of the gut microbiome remains elusive.

Researcher Eran Elinav of the Weizmann Institute of Science in Israel, and colleagues have been investigating what happens to the microflora of people who take probiotics in the hope of restoring their microflora after antibiotics.

Twenty-one volunteers took the same antibiotic treatment and were then assigned to one of three groups. The first group's microbiome was allowed to recover by itself, the second group was given probiotics and the third group was treated with a dose of their own original pre-antibiotic microflora by a faecal microbiota transplant (FMT).

In the second group, antibiotics enhanced probiotic colonization in the human intestine. However, the researchers were surprised to find that this prevented the return of the person’s normal microbiome for up to six months. This adverse effect had not been described to date!

The opposite effect was observed with the patients given a dose of their own pre-antibiotic microbiome (FTM) in the third group. Their native intestine microflora returned to normal within days.

Collectively, potential probiotic beneficial effects after antibiotic therapy can be offset by impaired bowel mucosal reconstruction. Therefore, it is very necessary to develop personalized probiotics that do not threaten the gradual restoration of the original gut microflora after a dose of antibiotics. 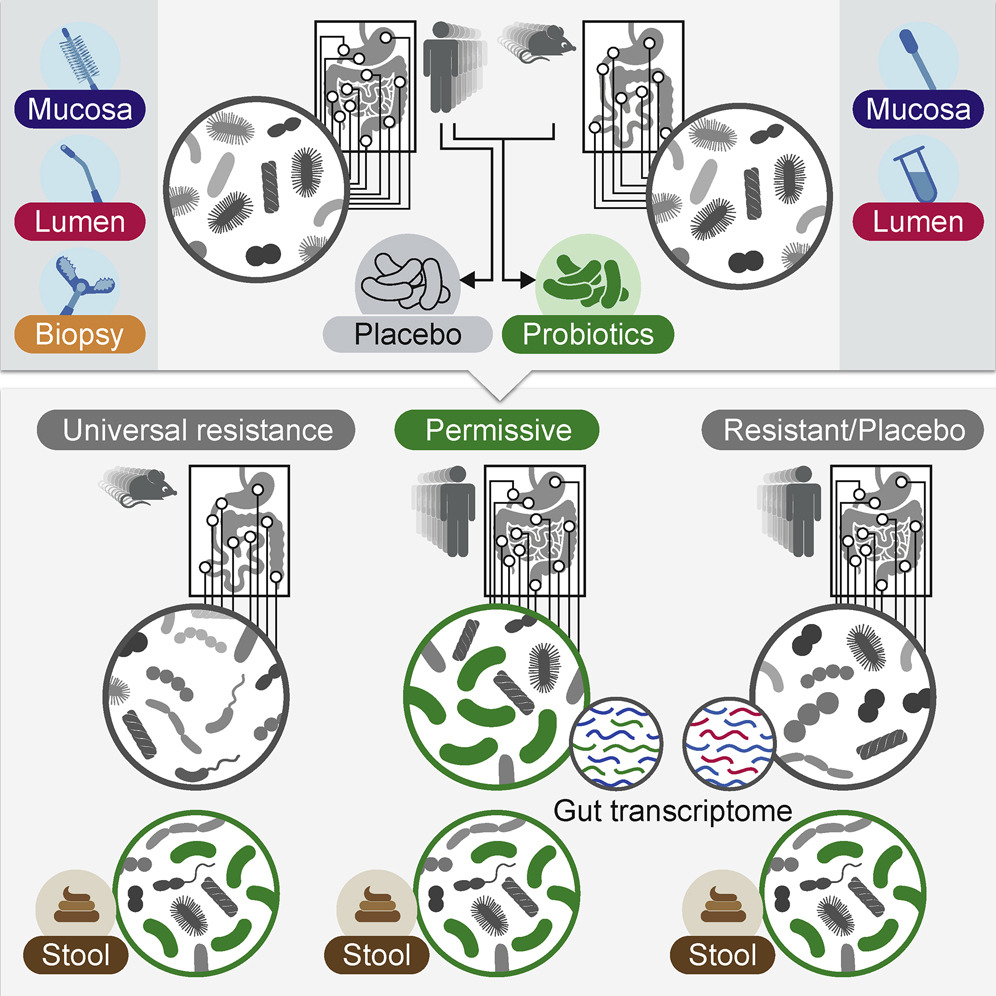 Some people accept probiotics in their gut, while others simply take them out

Next the researchers sampled the microbiome of healthy volunteers directly using endoscopies and colonoscopies.
They fed fifteen of the volunteers either a commercially available probiotics or a placebo.
The outcome was striking. For a start, the microbes found in faeces were not representative of those that had colonised the gut.
The research showed that while probiotics colonised the gut of some people, the microbiome of the  gastrointestinal tract of others just expelled them. There was no way of telling from their stool sample which category people fell into.
Thus, colonisation patterns are highly dependent on the individual!