The importance of molecular characteristics in colorectal cancer diagnosis?

Colorectal cancer is the third most frequent oncological disease worldwide!

Approximately 65% of colorectal cancer cases are sporadic with no family history or apparent genetic predisposition.

Individual subtypes of colorectal cancer can be classified based on different clinical and molecular profiles.

Researchers H.T. Nguyen and H. Q. Duong from Center of Cancer Research in Hanoi, in their review provide an overview of the underlying molecular subclasses of colorectal cancer and emphasize the importance of molecular typing in prediction of mortality and response to treatment.

Colorectal cancer results from the gradual accumulation of genetic and epigenetic aberrations in the cell.

The progression from benign tumor to cancer is caused by one of three pathways:

The most common molecular phenotype is CIN, involving approximately 85% of cases of colorectal cancer. The term chromosome instability means changes in chromosome number or structure.

Furthermore, this phenotype is characterized by a typical cascade of mutations in some specific oncogenes.

This cascade of mutations was described by Fearon and Vogelstein, and is now widely accepted, and used as a paradigm for solid tumor progression.

The APC mutation is the first step transforming normal colorectal epithelium to adenoma.

The next step involves oncogenic KRAS mutations in the adenomatous stage.

The final step is the TP53 mutation and the occurrence of carcinoma.

Another type of genomic instability is MSI. Microsatellites are repetitive DNA sequences consisting of tandem repeats, usually between one to five base pairs.

In the MSI diagnosis, the Bethesda panel is used to evaluate the instability in five microsatellite markers.

The prognosis and treatment options for patients with colorectal cancer depend on the stage in which the disease is diagnosed. 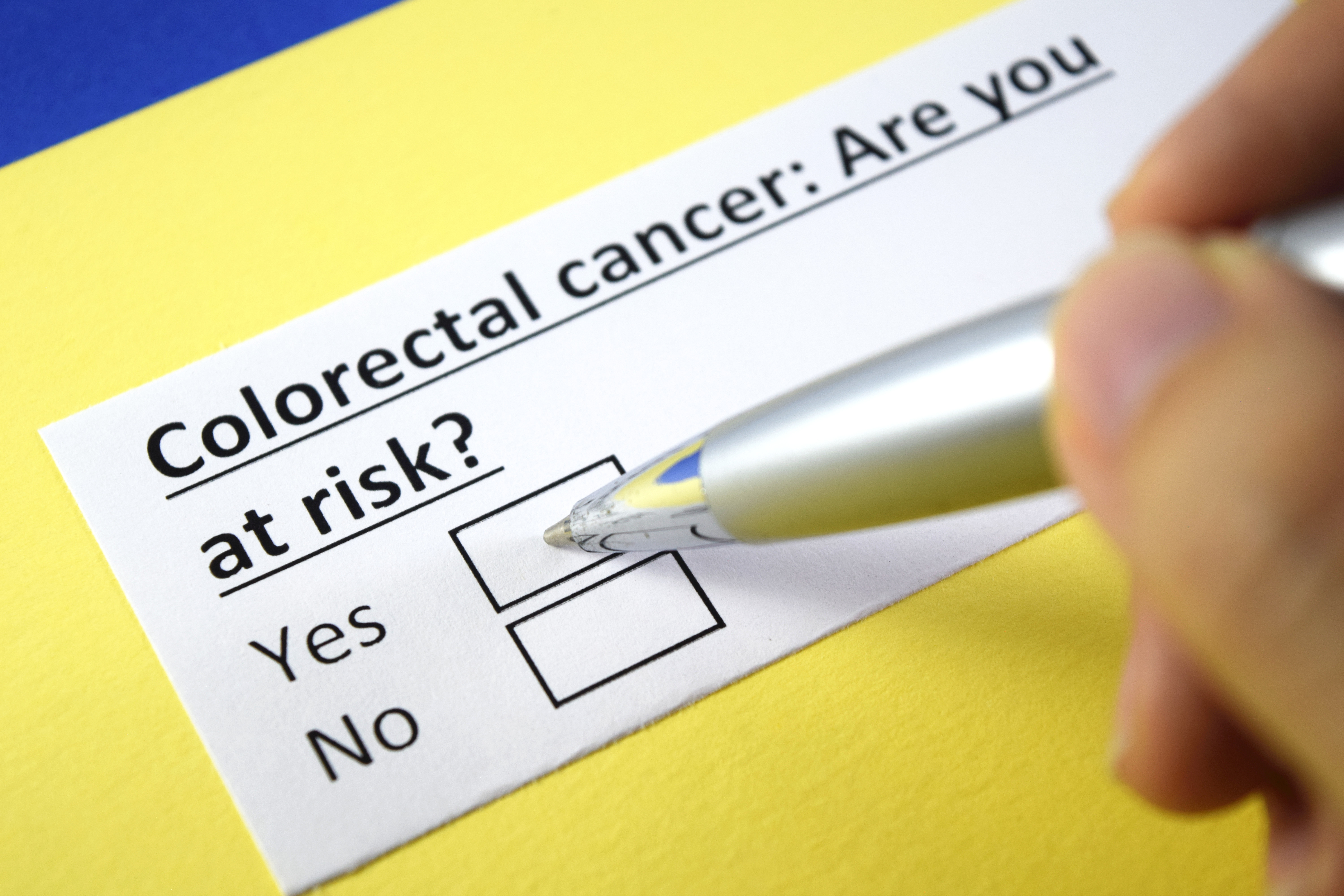 In early stages, surgical removal of the tumor is the method of choice; in advanced stages, or in the case of metastatic disease,adjuvant chemotherapy or targeted biological therapy with monoclonal antibodies is required.

Due to the heterogeneity of colorectal cancer, mortality and treatment response instage II and III patients vary considerably according to the molecular profile of the particular tumor.

Examination of molecular prognostic markers can help identify those most likely to respond to a specific therapeutic strategy. The ideal of this approach is the situation in which, based on the molecular profile of the individual patient, the therapy is chosen individually, also known as personalized medicine.

It is currently known that some mutations facilitate the onset, progression and generalization of colorectal cancer. Inactivating mutations in the TP53 gene are associated with higher mortality, but their effect on the effectiveness of chemotherapy has not been demonstrated.

These results suggest that MSI status may be considered a predictive marker of chemoresistence, and patients with MSI can be spared with adjuvant chemotherapy that does not benefit them.

Therefore, the MSI status should be thoroughly examined and determined by polymerase chain reaction (PCR) using the Bethesda panel!