One night of sleep deprivation may lead to higher levels of an Alzheimer’s protein!

Only one night of bad sleep may increase levels of Alzheimer’s protein disease building up in the brain. Beta-amyloid protein is linked to Alzheimer’s, but is it a cause or consequence of the disorder?

In people with Alzheimer's disease, sticky clumps of beta-amyloid protein cluster in the brain, although the role these plaques play in the condition is unclear. It’s possible this protein helps cause the disease, or instead that the protein forms plaques in the brain in response to the disease.

There has been an emerging interest in sleep and its association with beta-amyloid burden as a risk factor for Alzheimer’s disease.

A team of scientists from the National Institutes of Health in Maryland, headed by Ehsan Shokri-Kojori, have found that one night of poor sleep has a detectable effect on the levels of beta-amyloid in the brain. Those researchers discovered this by using a positron emission tomography and 18F-florbetaben to measure beta-amyloid in the brains of volunteers over the course of two nights. 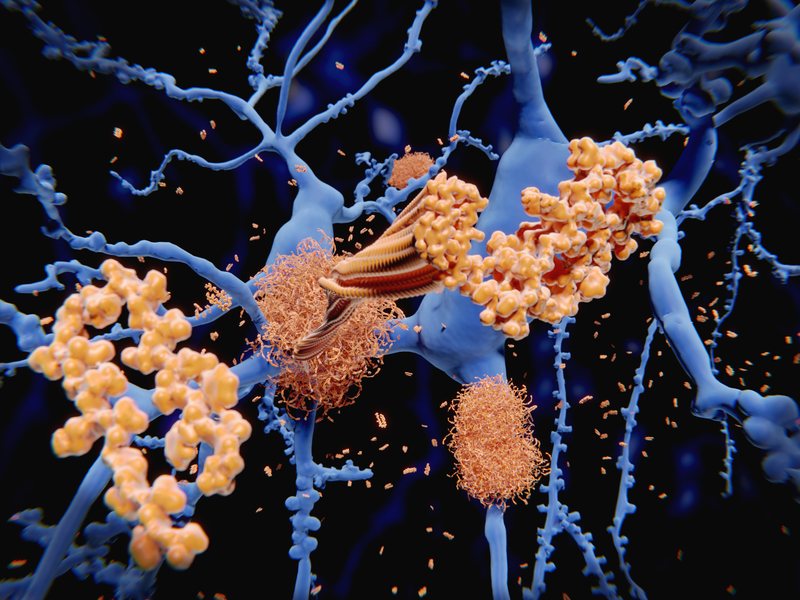 Using scans to track the tracer, the team of scientists found that one night of sleep deprivation, when sleep was restricted to only around five hours, relative to a night of rested sleep, resulted in a significant increase in beta-amyloid burden in two areas of brain.

In the hippocampus which is important for memory, and the thalamus which helps transmit signals in the brain and regulates consciousness and sleep.

Both these areas of the brain are known to be vulnerable to damage in Alzheimer’s disease!

Sleep is thought to be important for clearing out waste from the brain, which may explain why people had more beta-amyloid in their brains after a bad night’s sleep.

How much sleep did you get last night? And what about over the last week?

This is an important question and the answer could have serious consequences for your future mental health.

More than 44 million people worldwide currently have Alzheimer’s disease. The health, personal and economic impact is staggering. There has been a marked acceleration in the number of people being diagnosed with the disease as human lifespan has increased, but importantly, also as total sleep time has decreased.

As we age, our sleep gets worse. This is especially true for the quality of our deep, non-rapid eye movement (NREM) sleep. Regrettably, this is the very type of sleep that we now know helps fix new memories into the architecture of the brain, preventing you from forgetting. But if you assess a patient with Alzheimer’s disease, the disruption of deep sleep is extreme.

BioVendor is excited to introduce new Amyloid beta ELISA kits for human and mouse samples!
You can learn more about these products through the links below, or by contacting us at info@biovendor.com.