PDGFs affect multiple cellular functions, such as cell proliferation, differentiation, cytoskeletal rearrangements, and cell migration, including chemotaxis. In normal vertebrates, members of the PDGF family are widely expressed throughout the body and play roles both during organogenesis and during disease processes.

Pericytes are multi-functional mural cells of the microcirculation that wrap around the endothelial cells that line the capillaries and venules throughout the body. PDGF-BB has been found to play a significant role in tumor pericytes.

Recent research has reported to associate PDGF-BB signaling with vascular remodeling in tumors and suggests that transgenic PDGF-BB expression in tumors could raise pericyte density. 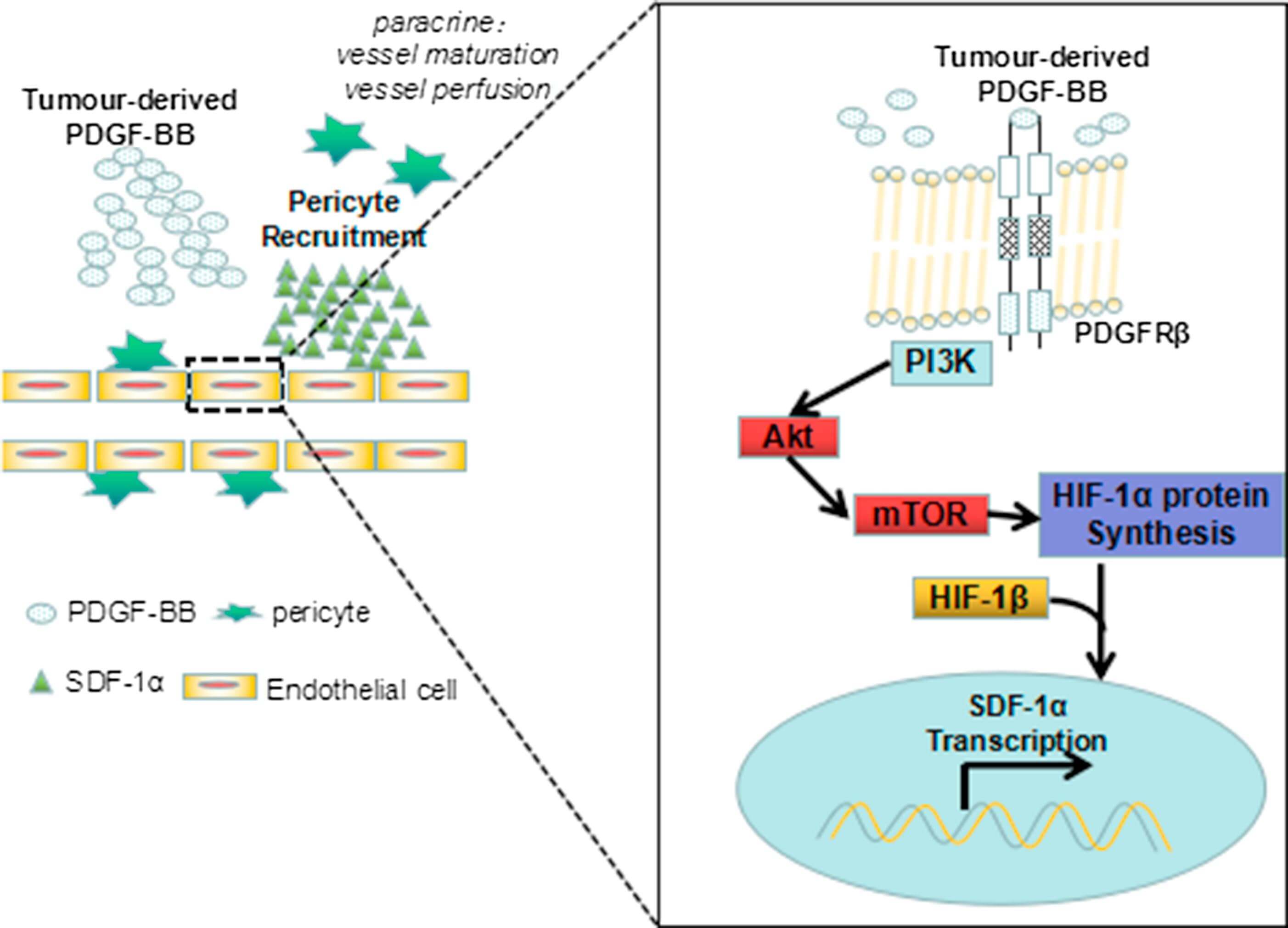 Although recent research on PDGF-BB has made significant progress in elucidating the cell signaling pathway of interrelated diseases, the specific molecular mechanisms remain largely unknown.

Members of the PDGF family and their receptors (PDGFRs) have been shown to influence tumor growth and invasion through effects on tumor cells and their surrounding microenvironment. Their persistent high levels in malignant cells have been detected in various cancers including glioma, Kaposi’s sarcoma, prostate cancer, and pancreatic cancer.

PDGF-BB - one of growth receptors, has been accepted as a chief mediator in wound healing and tissue repair.

Furthermore, it is known to mediate angiogenic function via its furtherance of vascular endothelial growth factor (VEGF) secretion, and it also plays a significant part in keeping the stability of newly shaped blood vessels.