Nobody can see into the future, but the blood that courses through your veins may hold some important secrets about your future health – or lack thereof.

The discovering of prognostic or diagnostic biomarkers for both severe and also minor diseases has a long tradition in health sciences. Researchers all over the world search for new biomarkers which can reveal correct diagnosis, disease severity or even risk of death.

Growth/differentiation factor-15 (GDF-15) is a stress-induced cytokine and in circulation acts as an endocrine factor with a role in cell growth and differentiation. The expression of GDF-15 is highly regulated and is often induced in response to conditions associated with cellular stress and in response to tissue injury.

GDF-15 is secreted by a wide variety of cells and concentration can be easily measured in circulation. It may therefore not be surprising that altered levels of GDF-15 were observed in different diseases conditions in many studies. 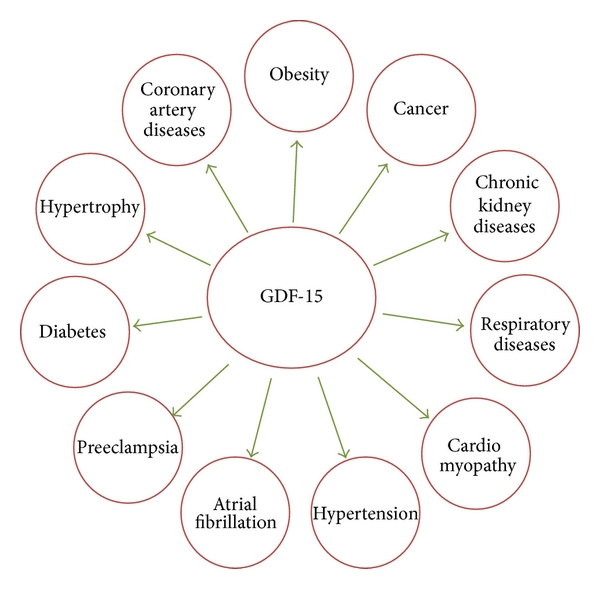 Pulmonary hypertension, is a complex and often misunderstood disease. It’s a type of high blood pressure that affects the arteries in lungs and the right side of heart. In one form of pulmonary hypertension, tiny arteries, called pulmonary arterioles, and capillaries in the lung become narrowed, blocked or destroyed. Heterogenicity of this disease introduces major challenges in risk stratification. Increased pulmonary pressures includes a wide spectrum of diseases and the prognosis strongly depends on the aetiology.

Authors of the single-centre prospective observational cohort study from Erasmus University Medical Center Rotterdam measured GDF-15 in venous blood from 103 patients with pulmonary hypertension in order to investigate a potential association between GDF-15 and outcomes in adults with this disease. Reference values were established by GDF-15 measurement in 145 healthy controls.

The results showed that mean GDF-15 level is considerably higher in adults with pulmonary hypertension in 76 patients (74%) compared with a reference cohort. 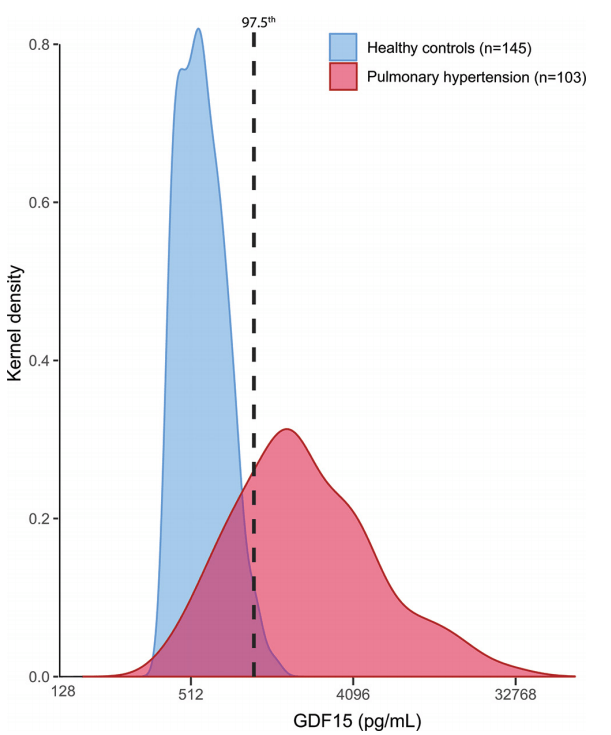 Authors observed that event-free survival 2 years after diagnosis was 100% in patients with normal GDF-15 level. However, patients with higher levels of GDF-15 only had a 72.4% survivial rate during this same time period.

To sum up, the study revealed GDF-15 levels within the reference range are associated with a low risk of mortality, transplantation or heart diseases in adults with pulmonary hypertension.

The results of this study clearly show that GDF-15 could be a promising biomarker and be useful for detection of low-risk pulmonary hypertension patients.