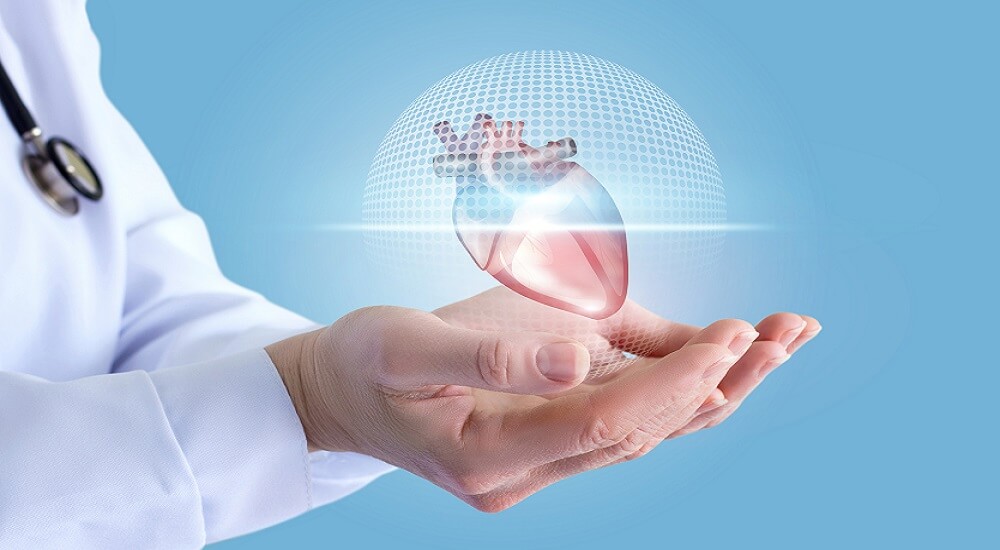 Univentricular heart (UVH) disease is a complex congenital cardiac disorder which accounts for 7,7% of all congenital heart defects.  UVH is characterized by only one functional ventricular chamber of right or left ventricular morphology. Infants with this kind of heart defect have to early undergo several palliative procedures resulting in the complete Fontan procedure – redirection of the blood from the lower body to the lungs.

Survival and outcome of this intervention is mainly dependent on the morphology and function of the major ventricular chamber as well as pulmonary hemodynamics.

During long-term follow-up, patients with UVH are prone to develop heart failure, arrhythmias, thromboembolic events, cirrhosis, hepatocellular carcinoma and other pathophysiological conditions. Subsequent complications are associated with worse patient outcome. Thus, there is a great need for predictive biomarkers in this field.

Many studies have demonstrated miRNA molecules to be important in the pathogenic mechanisms such as remodelling, hypertrophy, or apoptosis which lead to cardiovascular disorders. Different levels of miRNA have been associated with etiology and different stages of heart failure.  With regard to congenital heart disease, miRNA levels varied depending on underlying heart defect and were able to distinguish UVH patients in different stages of palliation in infancy.

Until recently, , there has been no published information about miRNA and progression of heart failure in UVH patients. This year, Abu-Halima from Saarland University Medical centre in Germany and his collaborators have focused on this missing piece of knowledge. They have analysed the miRNA expression in whole blood of adolescent and adult UVH patients in order to identify those miRNAs associated with clinical measures of heart failure and evaluate their predictive value for the occurrence of overt heart failure.

A total of 48 UVH patients and 32 age and gender matched healthy controls were enrolled in this study. All samples were characterized by many clinical and biochemical parameters routinely measured in patients with cardiovascular disorders like blood pressure, oxygen saturation, systolic and diastolic volumes, albumin, eGFR, high sensitive troponin T, NT-proBNP, NYHA class, etc. miRNAs in samples were profiled by microarray chip (2549 targets) and deregulated miRNAs were validated using RT-qPCR.

Researchers identified 20 down-regulated and 30 up-regulated miRNAs in UVH patients compared to controls. Based on the correlation analysis with biochemical and clinical data, miR-125a-5p and miR-150-5p were found to be the most significant biomarkers for UVH patients. In both targets, the patient miRNA levels were lower. 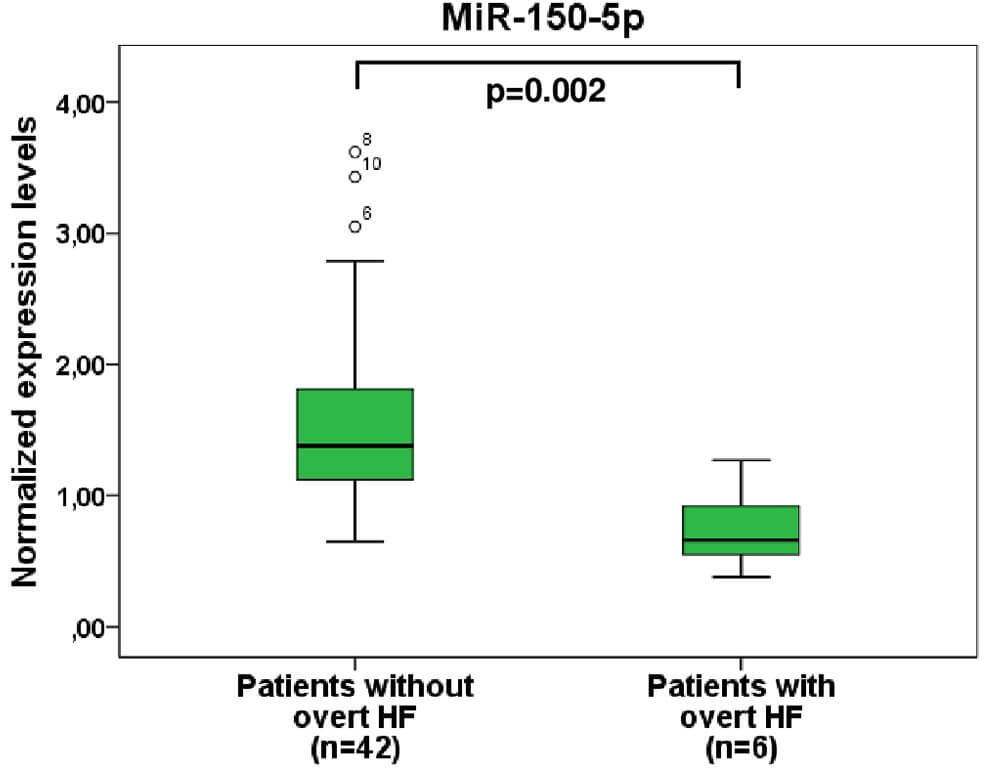 Of particular interest in the study was the ROC analysis of predictive markers of overt heart failure in UVH patients. Of course, researchers have evaluated miR-150-5p and miR-125a-5p revealed in their study, but they have also incorporated every biochemical parameter collected and thus created a very comprehensive view of all available biomarkers.

The most significant predictors were levels of NT-proBNP, miR-150-5p, higher NYHA class and high sensitive troponin T. The use of a combined model consisting of NT-proBNP and miR-150-5p demonstrated an increase of the strength of the ROC model, indicating a potential additive value of miR-150-5p for the prediction of overt heart failure. Moreover, miR-150-5p seems to be a very specific biomarker, because it did not have any predictive value for all-case mortality in UVH patients. 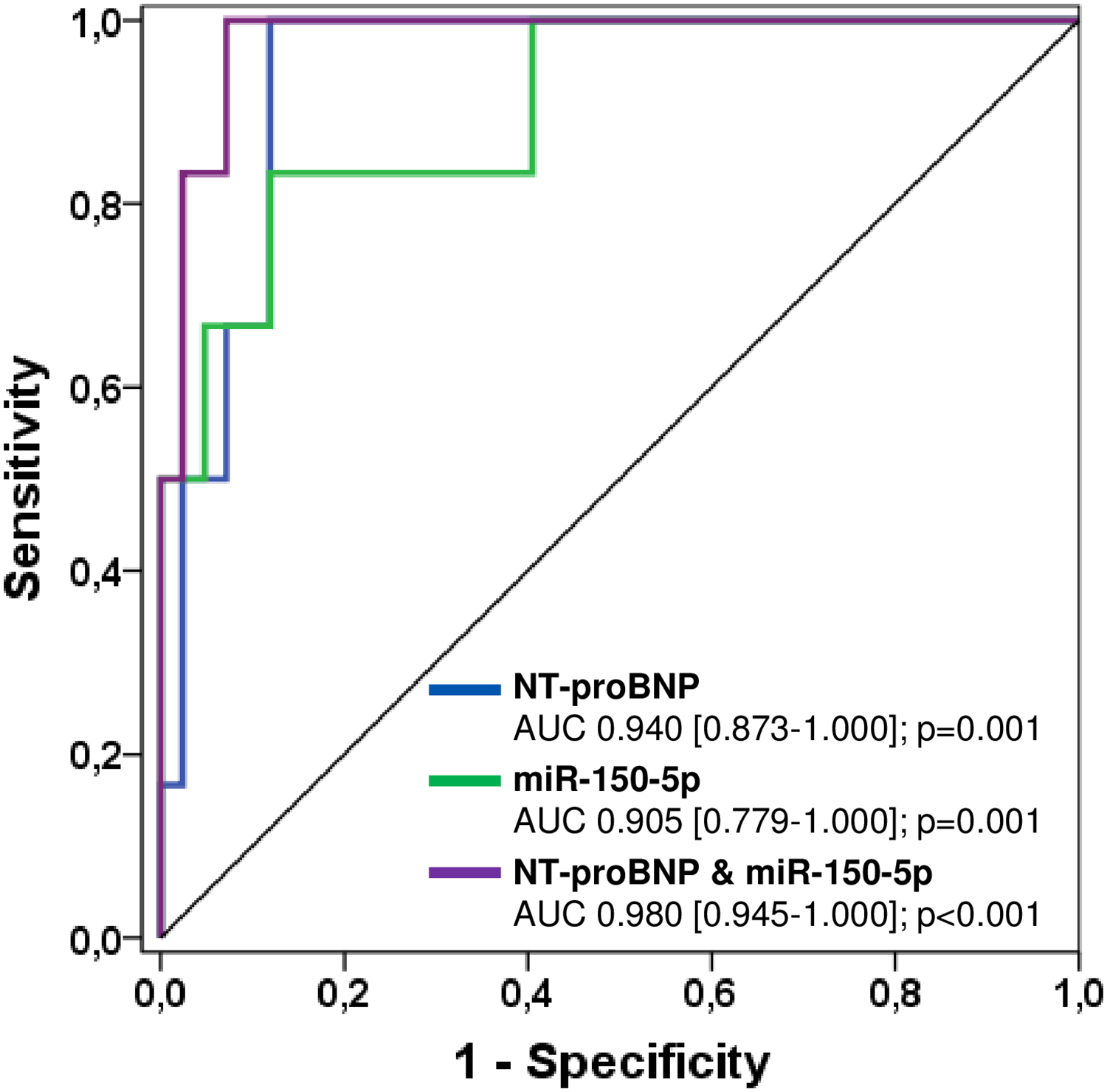 To conclude, authors of this study revealed additive prediction value of miR-150-5p to the natriuretic peptides for the prediction of overt heart failure, so miR-150-5p could be used as an additional biomarker in the risk assessment of UVH patients.