A body and mind examination of weight loss

Obesity and overweight are a rapidly growing public health problem affecting an increasing number of countries worldwide because of its prevalence, costs, and health effects.

Obesity and being overweight, abnormal accumulation of body fat (usually 20% above the normal ideal body weight), are chronic disorders officially classified as a diseases (ICD-10 E66.0) in 1990 and defined as a body mass index (BMI) of 30 kg/m2 or more.

The trends for increasing obesity are broadly repeated throughout Western Europe and a similar rise has been observed in the United States. In 1986, 1 in 200 adults in America were morbidly obese; by 2004, the figure was 1 in 50. Today being either overweight or obese affects more than two-thirds of adults in the UK and over 2 billion people worldwide. It has been estimated that based on current trends, by 2050 60% of males and 50% of females will be obese.

Excessive fat accumulation in the body may impair health leading to significant long-term health consequences including the development of diabetes, coronary heart disease, and osteoarthritis as well as increasing the risk of developing certain cancers and influencing their outcomes.

The probability of achieving a healthy body weight once obesity becomes established is low but modest weight loss (5-10%) can significantly improve health and more substantial losses (> 10-15%) can make dramatic improvements such as remission of type diabetes 2. However, few people are able to maintain diet-induced weight losses in the face of physiological, environmental and behavioral factors that combine to draw them back to their initial weight.

A study by Thom et al. (European J Clin Nutr) was designed to integrate the contribution of these components and investigate their role in weight regain after weight loss using a low-calorie diet intervention in women with obesity. 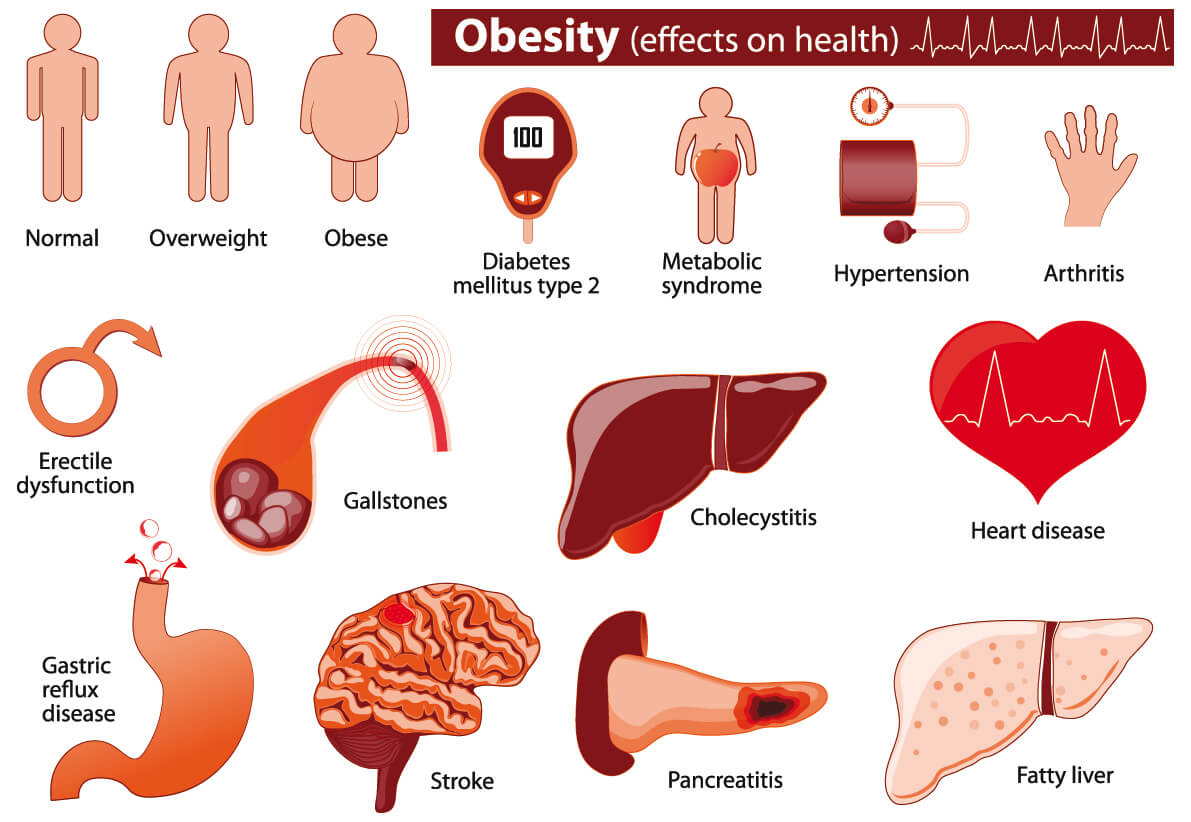 This was a single-arm weight-loss and maintenance intervention study, which measured body weight before the weight management program, at the point of approximate maximal body weight loss (around 6 months) and at 24 months to coincide with the end of the weight-loss maintenance phase. Body composition and resting metabolic rate were measured and fasting blood samples collected at baseline and 6 months.

The intervention was delivered by a registered dietitian over a 24-month period and included three phases:

Body weight was measured to the nearest 0.1 kg by calibrated scales. Whole-body Magnetic Resonance Imaging (MRI) was used to assess volumes of total adipose tissue and skeletal muscle. Each participant was scanned twice, before and after weight-loss. Venous blood samples were collected into EDTA tubes and ELISA kits were used to measure fasting concentrations of plasma leptin, PYY, total ghrelin, total GLP-1 and GDF-15.

How do hormones influence weight-loss maintenance? 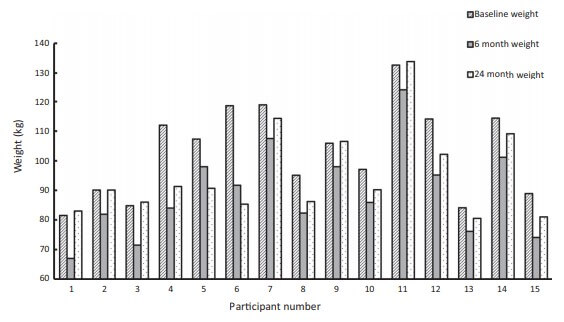 Weight loss at 6 months was associated with significant reductions in fasting plasma leptin and GLP-1 concentrations, an increase in ghrelin, but no changes in GDF-15 or PYY. Large individual variability was observed.

Body weight regain from 6 to 24 months was positively correlated with changes in fasting GLP-1 concentration and negatively with absolute GLP-1 concentration, measured before dietary intervention and at the point of maximal body weight loss. The role of GLP-1 in body weight-regulation is well documented but finding that inter-individual differences in weight-loss maintenance were related to fasting GLP-1 is novel and requires further investigation.

These data suggest that individuals with lower fasting GLP-1 might be more vulnerable to weight regain and require additional help to maintain weight losses. This observation suggests that analogue therapy with GLP-1 may be helpful. GLP-1 analogue therapy is associated with improved weight-loss maintenance and identifying individuals with low concentrations of GLP-1 may help to establish who is likely to respond well or poorly to a weight-loss intervention and facilitate targeted treatments, with non-pharmalogical approaches to increase endogenous GLP-1.

Physiological aspects (hunger/ appetite and emotions/stress) are important during weight-loss maintenance. During total diet (phase 1) hunger was reported by a few participants, though it was generally tolerable and ways of coping were found.

Most participants reported eating as a way of dealing with general life stressors and periods of low mood. Those maintaining the most weight loss at 24 months tended to report a greater ability to tolerate stress after weight loss and used physical activity to manage negative emotions.