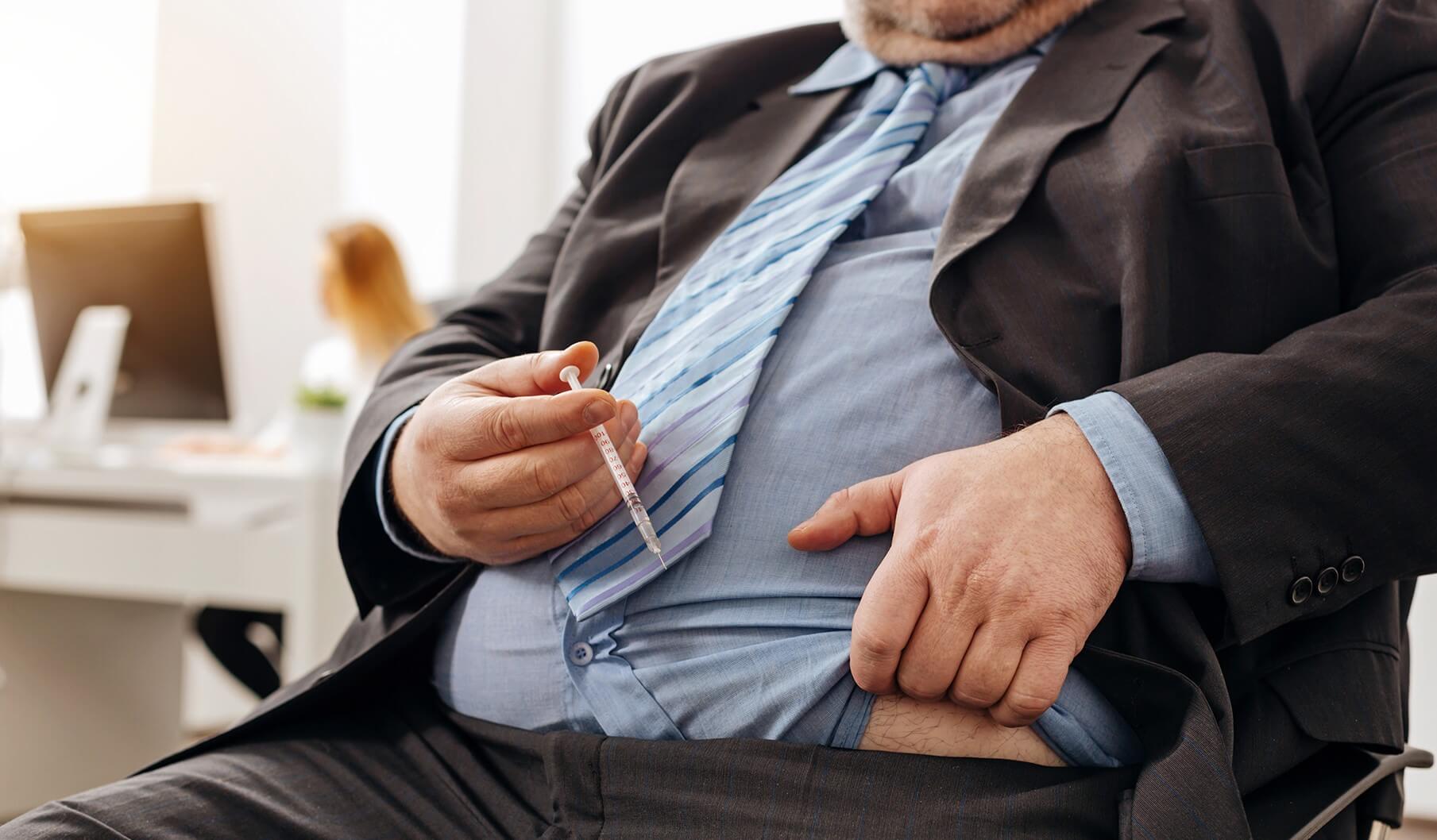 Are you wondering what the term “diabesity” stands for? It expresses the strong association  between type 2 diabetes mellitus (T2DM) and obesity. 75–90% of patients with T2DM are overweight or obese, as obesity is one of the main risk factors for T2DM. Moreover, progression of obesity to T2DM can be partly explained by changes in adipose tissue composition and function.

Adipose tissue (AT) has been classically considered as the fat reservoir for storage of excess calories, but it is also a key endocrine organ communicating with other organs, such as the brain, liver, muscle, and pancreas, for the maintenance of energy homeostasis. AT is broadly classified into the two fat depots based on their morphology and functions – white adipose tissue (WAT) and brown adipose tissue (BAT). WAT and BAT express several hundred bioactive peptides and proteins referred to as adipokines and brown adipokines (batokines), respectively.

Adipokines can be categorized into two groups depending on their expression levels under obese conditions – anti-inflammatory and inflammatory adipokines. The classification of adipokines is summarized in the following table.

Batokines are secretory factors that enhance thermogenic activity by regulating hypertrophy and hyperplasia in adipocytes. They also help to attain maximum activity by regulating vascularization, innervation, and substrate utilization in adipose tissues and contribute to regulation of the immune system.  These processes are all integrally required when exposed to a prolonged cold environment. In this group we can find molecules such as FGF-21, follistatin, IL-6, RBP-4, IGF-1 and others.

Beside these traditional adipokines and batokines, recently published fascinating evidence suggests that exosomal miRNAs are also released by adipose tissue and can regulate gene expression in distant metabolic organs. MiR-99b has been identified as a factor delivered from the AT to the liver, where it is able to  regulate expression of FGF-21. This discovery suggests that miRNA secreted from the fat depots can regulate gene expression in distant organs, which in turn influences the whole-body metabolism.

In addition to miR-99b, miR-450a, miR-155, and miR-200a were also shown to be secreted from adipose tissue. Adipose tissue released miR-450a increases adipogenesis, mir-155 has been proven to modulate systemic metabolism, and miR-200a was reported to mediate the crosstalk between adipocytes and cardiomyocytes in mice.

To summarize, adipose tissue dramatically influences energy metabolism in the human body due to expression of various metabolic signals – peptides, proteins and newly discovered miRNAs. These signals can be influenced by the metabolic status of human individuals and thus can serve as molecular markers of obesity and T2DM. 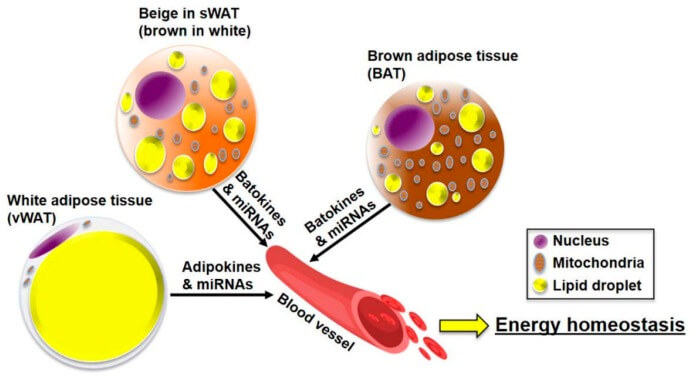